After Willian’s super curling effort secured Chelsea a vital  three points against Newcastle yesterday in the Premier League, I look at the key talking points from a Chelsea perspective.

In terms of his future at the club, this is what Willian had to say to BT Sports; (Quotes Credit/Source- @NizaarKinsella)

Willian on rumours of leaving Chelsea to BT Sport: "My future is Chelsea? I don't know what you're talking about." #CFC #CHENEW

This quote from the Brazilian yesterday, confirms that he is 99% staying at Chelsea, and will not be leaving in this January transfer window. And this will please Maurizio Sarri, after he said this about the Brazilian; “In my Opinion, Willian has to stay with us. For us he’s a really important player like Pedro.”

2. A Fabregas replacement is needed as soon as possible after Jorginho’s poor performance.- Jorginho had a poor performance and even Sarri admitted that yesterday. He kept being dispossessed in midfield, and every time he tried a forward pass, it was always cleared by a Newcastle defender. 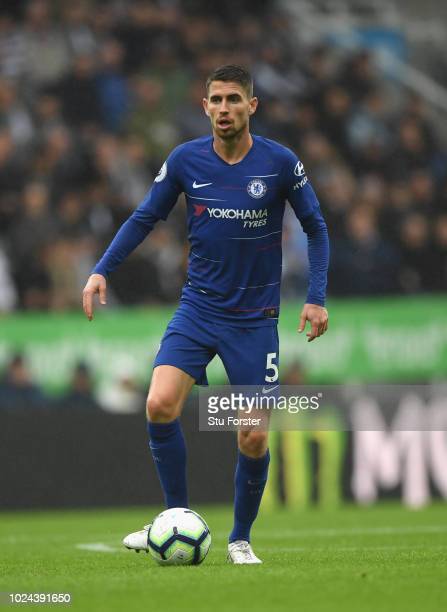 The difference between yesterday’s game, and all other games this season, was that Sarri didn’t have Fabregas to call on off the bench, as he left Chelsea on Friday evening for Monaco. Sarri admitted that Jorginho was ‘in trouble’ against Newcastle. And when questioned about a Fabregas replacement coming into the club, who would have came on for Fabregas in yesterday’s game, Sarri admitted that he has “no idea” when Chelsea will sign a midfielder.

However Sarri doesn’t need to worried by the looks of it, as Chelsea edge closer to the signing of Leandro Paredes from Zenit. Alongside Alfredo Pedulla, Nicolo Schira who is a Gazzetta dello Sport journalist provided an update on Chelsea’s pursuit of Paredes;

#Chelsea wants to close Leandro #Paredes from #Zenit. Marina Granovskaia has offered € 30 million for him and awaits an answer. He wants to leave from Russia: agreement to sign a contract until 2023 (€ 4.5 million per year). # transfers #CFC

3. David Luiz is so vital to Sarri’s system.- The difference between the Newcastle game yesterday and the Tottenham game midweek, was that David Luiz added creativity into that game, which was missing in the Tottenham game in midweek where he was dropped for Christensen. Luiz yesterday provided a wonderful assist for Pedro’s first goal, and was a threat all game for the Blues. There were even some suggestions from fans and journalists yesterday that David Luiz could be used in the regista roll, which I agree with. Here was the breakdown of David Luiz’s statistics from yesterday’s game;(Source- @Squawka)

No denying his passing ability… 🍑 pic.twitter.com/LC9S36OQLS

4.  The false nine position limits Hazard- Hazard was pretty quite in the first half of the game yesterday. but he livened up in the second half, and provided the assist for Willian’s goal.  I feel like the Belgian would benefit from playing on the wing, as that’s his most effective position where he is able to cause the most problems for opposition defences. But at this point of the season, Sarri has the right to use him in the false nine position, as Morata isn’t good enough to play as the striker in the system. I actually thought yesterday’s game suited Giroud, but it looks like Sarri doesn’t rate the Frenchman enough to start him in a league game. So I think it is very vital to get Higuain, as that will allow Hazard to move back into his more natural position.

5.  Alonso was poor again.- This has been a recurring theme recently. Especially yesterday defensively, kept getting caught out up field, and Newcastle were constantly attacking his side, and the other Chelsea players had to always cover for him. It does beg the question- what will it take for Emerson to get a start over Alonso in the back four? This is a question that many Chelsea fans struggle to answer.

Surprisingly it wasn’t just the defensive areas where Alonso was poor again, he was also poor in the attacking areas, and this was shown by @OfficialFPL Tweet yesterday;

But the Chelsea man hasn't scored in 20 Gameweeks, has no assists in 11 and didn't manage a cleansheet in GW22.

Are those 39% running out of patience? pic.twitter.com/VtUqblyYCM

Check out my Match Feature from yesterday’s game for @ChelseaEcho_. Also keep an eye for my in-depth Match Preview for the Arsenal vs Chelsea game next Saturday, which will be published next Friday.